Skip to content
You are here
Home > Resource > Æthelflæd, Lady of the Mercians Æthelflæd was the daughter of Alfred and Eahlswith, and Alfred’s oldest child. She was probably born around 870, and equally vaguely in 890 she was to marry Æthelred of Mercia, probably a much older man. Æthelred was described as Lord of the Mercians; very specifically NOT called King of Mercia. Æthelred seems to have worked closely with both Alfred and his son Edward, and been content with this downgrading of Mercia’s status.

The Mercian Register – the Annals of Æthelflæd

The traditional story of the reconquest of the southern Danelaw, and recounted by the Anglo Saxon Chronicle, is of the triumph of the glorious West Saxon king – Edward, son of Alfred. Mercia’s story has been limited throughout the Anglo Saxon period by a lack of her own chronicles; but unusually, there is a text that speaks her story. It’s called the “Mercian Register”, or the “Annals of Æthelflæd”. It’s a fragmented text, the original of which was lost, and parts integrated into a version of the Anglo Saxon Chronicle. In this version, the wars of the early 10th century are anything but the story of West Saxon dominance; it was at very least a partnership, and with an extraordinary leader in the Lady of the Mercians.

Somewhere early in the 10th century, maybe as earl as 902, Æthelred fell very ill and was unable to
perform an active role. Into this situation stepped; Æthelflæd remarkably and almost uniquely for the 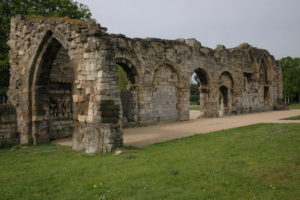 entire history of Anglo Saxon England to this point, she became the effective leader of Mercia. She either participated in the raid in 909 into Northumbria, which brought back the bones of the revered royal saint, St Oswald. She built and patronised a new Abbey Church – St Oswalds, where the bones were laid to rest. She worked with her brother Edward to start to build the chain of burghs to defend Mercia from Danish attack. in 909, it was Æthelflæd’s Mercian army that caught a viking army retreating back to Northumbria, cutting them off and defeating the, at Wednesfield, Woden’s field.

In 911, Æthelred died. This should have been the end of Æthelflæd’s leadership. And Edward very probably hoped for that. But Æthelflæd had clearly proved her right and ability to rule; and for the Mercian nobility, she offered the only chance to avoid extinction at the hands of the West Saxons. And so remarkably, Æthelflæd ruled in her own right. She was to prove herself frequently over the next 7 years as a warrior and war leader; building more of the chain of burghs; actively intervening in Wales, the traditional hunting ground of Mercian kings; and working with the West Saxons to launch the reconquest of the southern Danelaw. In 917, she started the collapse of the southern Danish kingdoms with the capture of the old Roman fort at Derventio, near Derby, with the resulting capture of the complete Danish borough of Derby. in 918, there’s a tantalising glimpse of her reputation, when York itself submitted to her, and the prospect of the kingdom of Northumbria coming back to Anglo Saxon rule.

Death and the end of Mercia

But her death on 12th June 918 at the traditional heart of the Mercian kingdom at Tamworth, intervened. Once more the Mercian nobility tried to resist the West Saxon overlordship, adopting her daughter Ælfwynn as their new leader, again an extraordinary turn of events; but Ælfwynn was not her mother; by the following year, Edward had intervened, and this time effectively. Mercia was no more; Ælfwynn disappeared, probably into a nunnery in Wessex. What we don’t know is whether or not Æthelflæd had worked for Mercian independence, or was just her brother’s partner in the ultimate extinction of Mercia. 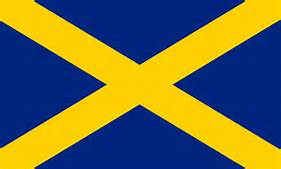 The lack of sources makes it hard to get much flavour of Æthelflæd’s character, beyond her obvious abilities as a war leader, and a governor and administrator. Clearly as she was pious, though whether exceptional so we do not know; but her building of the Priory of St Oswald and her raid into Wales at the death of a Mercian Abbot at their hands speaks to that. There is a slight flavour of the charisma she must have had, in the reflection in the Mercia register of her use of the word friends to refer to her lords and thegns, and the use of the phrase on the attack at Derby that she lost four of her thegns, who were dear to her’.

But whatever the detail, she’s a figure almost unique in Anglo Saxon history. To find out more go to episode 20 of the new Anglo Saxon England series.