Skip to content
You are here
Home > Resource > Regulation of a Prince’s household and education, 1473 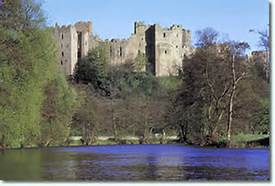 n 1473, Edward IV set up the household of his son and heir Edward – the future

Edward V. He gave over the regulation of the household and tutelage of the young price to Anthony Woodville, Earl Rivers. The Young Prince of Wales was to be educated at Ludlow

It was the practice of the English nobility and gentry to send their children away for their education; not normally as early as 3 years old as in this case, but anything from 7 years old. European observers looked at this with a combination of horror, disbelief and cynicism. A Venetian observer famously wrote that it was for lack of affection that the English sent their children away – get the little ticks out of the way so we can crack open a bottle or two, sort of thing:

‘…because they like to enjoy all their comforts themselves, and that they are better served by strangers than they would be by their own children’

The English, of course loved their children every bit as much as anyone else; but they felt that time living in other (suitable) households would allow them to live better lives.

The case of a Prince was a little different; Edward should have a separate household because he was born to rule. Edward was anxious to make sure that the Prince’s education was properly carried out, all those miles away in Ludlow, in the Welsh Marches. So he wrote a letter to his son’s new governors. The letter is below, and is worth a few minutes read. It gives an idea of a typical day, and the things the King was worried about. It’s more about good character than defining the curriculum it has to be said. No swearing, good people. And it’s a religiously oriented day – but then these were times of faith.

Letter from Edward IV to Earl Rivers and the Bishop of Rochester, 1473

Ordinances, touching the guiding of our said Son’s person, which we commit to the said Earl

First. We will that our said first-begotten son shall  arise every morning at a convenient hour, according to his age ; and, till he be ready, no man be suffered to come  into his chamber, except the right trusty, the Earl Rivers, his chaplains and chamberlains, or such others as shall be thought by the said Earl Rivers convenient for the same season, which chaplains shall say matins in his presence ; and, when he is ready, and the matins said, forthwith to go to his chapel or closet, to have his mass there, and in no wise in his chamber without a cause reasonable, and no man to interrupt him during his mass time.

Item. We will that our said son have, every holy day, all the divine service in his chapel or closet, and that he offer before the altar, according to the custom.

Item. We will that, upon principal feasts and usual days of predications, sermons be said before our said son, and that all his servants be thereat, that may be conveniently spared from their offices.

Item. We will that our said son have his breakfast immediately after his mass, and between that and his meat, to be occupied in such virtuous learning as his age shall suffer to receive. And that he be at his dinner at a convenient hour, and thereat to be honourably served, and his dishes to be borne by worshipful folks and squires, having on our livery, and that all other officers and servants give their due attendance, according to their offices.

Item. That no man sit at his board, but such as shall be thought fit by the discretion of the Earl Rivers, and that then be read before him such noble stories as behoveth to a prince to understand and know ; and that the communication at all times in his presence be of virtue, honour, cunning, wisdom, and of deeds of worship, and of nothing that should move or stir him to vice.

Item. We will that after his meat, in eschewing of idleness, he be occupied about his learning, and after, in his presence, be showed all such convenient disports and exercises, as behoveth his estate to have experience in.

Item. We will that our son go to his even-song at a convenient hour, and that soon after done, to be at his supper, and thereat to be served according as before.

Item. We will that after his supper he have all such honest disports as may be conveniently devised for his recreation.

Item. We will that our said son be in his chamber, and for all night livery to be set, the travers drawn anon upon eight of the clock, and all persons from thence then to be avoided, except such as shall be deputed and appointed to give their attendance upon him all night, and that they enforce themselves to make him merry and joyous towards his bed.

Item. We will that it be seen by his council and officers, that sure and good watch be nightly had about his person, and duly kept for safeguard of the same.

Ordinances concerning his household, which we commit unto the said Bishop of Rochester and Earl Rivers.

Item. We will, that every day be said mass in the hall for the officers of the household, to begin at six of the clock in the morning, and at seven matins to begin in the chapel;  and at nine a mass, by note, with children.

Item. We will that our said son have three chaplains, the one of them to be his almoner ; and that he will truly, discreetly, and diligently give and distribute our said son’s alms to poor people, and that the said almoner be confessor to the household, and the other two chaplains to say divine service before our said son.

Item. We will that no person, man nor woman, being within our said son’s household, be customable swearer, brawler, backbiter, common hazarder, adulterer, and use words of ribawdery, and especially in the presence of our said son.

Item. We will that the sons of noble lords and gentlemen being in the household with our said son, arise at a convenient hour, and hear their mass, and be virtuously brought up and taught in grammar, music, or other training exercises of humanity, according to their births, and after their ages, and in nowise to be suffered in idleness, or in unvirtuous occupation.

Item. We will that daily, except fasting days, the household of our said son be at the first dinner by ten of the clock, and at supper by four ; and every fasting day to go to dinner by twelve.

Item. We will that the hall be orderly served, and strangers served and cherished according to their behaviours.

Item. We will that no person, of what condition soever he be, have any service of the court at meal times to their chambers, or out of the gates; but that they keep our son’s chamber, or his hall.

Item. We will that our said son’s porters give good and diligent attendance to the keeping of the gates, so that [it] be not at any time destitute of one of them ; and they, from the 1st of Michaelmas until the 1st of May, be shut at nine of the clock in the evening, and opened in the morning between six and seven, and from the 1st day of May until Michaelmas, the said gates be shut at ten of the clock at night, and to be opened between five and six of the morning, and that the said porters shall not open the said gates after nor afore any of the said hours limited, without a cause reasonable, and license of some of his council, and that they suffer no man to enter the said gates with weapons, but they be left at the same, and no dishonest or unknown person to come in, without his cause be well understood and known ; and that they suffer no stuff to be embezzled out of the gates.

3 thoughts on “Regulation of a Prince’s household and education, 1473”