This poll and prize is sponsored by Simon Hall at Halls Hammered Coins.

The Results of the Poll and Prize Draw 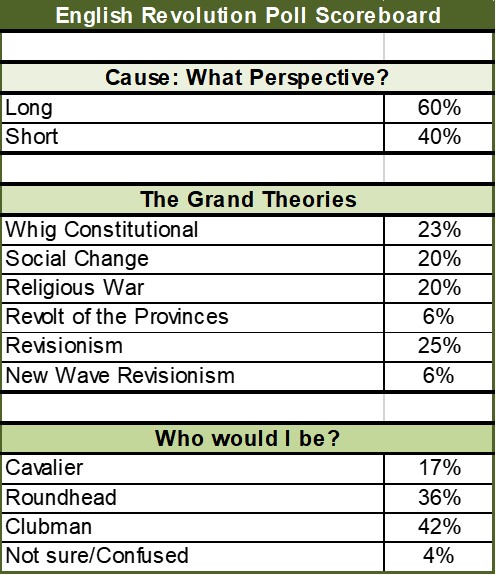 Here are the results of the Grand English Revolution Poll! It was close going between the big four theories…bit of a relief, I suppose, that the current orthodoxy of revisionism did win out. By a whisker. The Whig view of linear progression t modernity is remarkably resilient though.

Interesting also that the Clubman opinion won out in terms of attitudes – a plague on both your houses, let’s just get on with getting on I suppose? Significant sympathy for the Royalist cause.

Anyway thanks to everyone who took part and to the winners of the prizes. Checkout the comments on the post; loads of really interesting  thoughts and contributions which I enjoyed reading.

The winners of the prizes should have been contacted, but spam filters being what thy are, if you think you are the one implicated by the partial email below on this list and haven’t heard, drop me an email at david54031@gmail.com and let me know.

First Prize: Silver Penny minted at Oxford, 1644 and pierced for use as a royalist badge to: ****pimm***.com 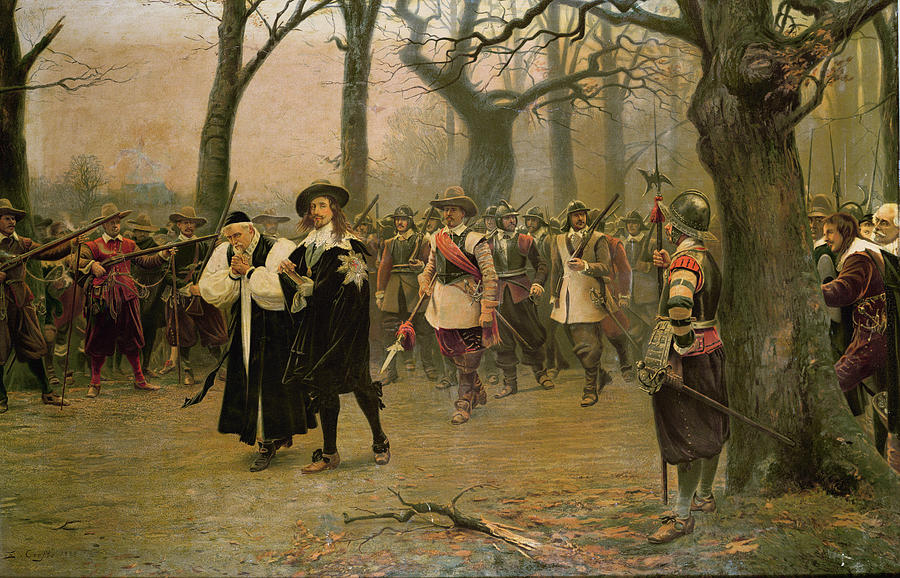 The English Revolution – Why did it happen?

This is a Poll (masquerading as a quiz – but there are no right or wrong answers here) and Prize Draw set up BEFORE the podcast hits the English Revolution – or the Good Old Cause as Cromwell’s Russet-coated Captains of the New Model Army would later call it. There are three reasons for said poll:

Scroll to the bottom of the page to start the poll and register for the prize if you wish (PLEASE IGNORE ANY SCORING – THERE ARE NO RIGHT OR WRONG ANSWERS, ITS JUST A FUNCTION OF HOW I HAD TO SET THE WIDGET UP!

You don’t have to enter the Prize Draw to do the poll. But if you would like to be entered, indicate this by adding your email in the box below, so I have your contact details when you (inevitably) win. I make this solemn League and Covenant with you that I will use your email address for no other reason than this, and will pass it to no third parties.

There are two prizes: First prize is ****, found for us by Simon of Halls Hammered Coins, and second prize is an Edward I silver penny very generously donated by Greg of this parish – thank you Greg.

There are three questions, not necessarily in this order

Some explanation of the Grand Unifying Theories:

You have already completed the quiz before. Hence you can not start it again.

You have to finish following quiz, to start this quiz:

66 thoughts on “The English Revolution Poll and Prize Draw”