I join a long list of people writing and talking about this murder mystery. This page supports episode 193 of the podcast with a bit of background information about what some of the main evidence is. The ‘evidence’  below such as it is seems to share only one common thread – that they are based on hearsay and rumour; and all that can really be proved from it all is that there was a lot of rumour at the time that the princes’ lives were in danger. 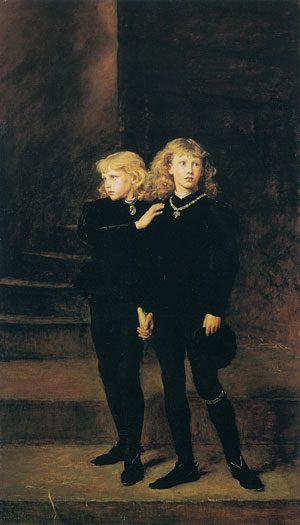 Dominic Mancini’s ‘The usurpation of Richard III’ is often noted as being exceptional, it that it was completed by December 1483, before the Tudor victory at Bosworth, and completed outside England  away from direct Tudor influence. Mancini Left England by 9th July 1483. Mancini was nonetheless clearly very hostile to Richard III; he heard rumours, he probably had conversations with the Physician John Argentine, and appears to feel that Richard killed the Princes – but doesn’t know that to be the case; his evidence is hearsay, gossip and rumour. Here’s what he wrote:

“But after Hastings was removed, all the attendants who had waited on the king were debarred access to him. He and his brother were withdrawn into the inner apartments of the Tower proper, and day by day  began to be seen more rarely behind the bars and windows, til at length they ceased to appear altogether. The Physician John Argentine, the last of his attendants whose services the king enjoyed, reported that the young kin, like a victim prepared for sacrifice, sought remission of his sins by daily confession and penance, because he believed that death was facing him.”

“I have seen many men burst into tears and lamentations when mention was made of him after his removal from men’s sight; and already there is a suspicion that he had been done away with. Whether, However, he has been done away with, and by what manner of death, so far I have not yet at all discovered.”

From C.A.J Armstrong The Usurpation of Richard III, Dominic Mancini

The Crowland Chronicle is usually seen as the other most authoritative, most nearly contemporary chronicle; written though after Bosworth, but from an eye witness, probably a senior civil servant, usually well informed. Though clearly hostile to Richard – and one Riccardian comments that ‘a lot of it is prejuduced, even purely speculative…’. The Crowland Chronicle  actually says very little about the possible fate of the princes.

“In the meantime and while these things were happening the two sons of King Edward remained in the Tower of London with a specially appointed guard.’

The only other mention of their fate came during Buckingham’s rebellion:

“…a rumour arose that King Edward’s sons, by some unknown manner of violent destruction, had met their fate”.

The Great Chronicle of London is another set of contemporary sources. There is one reference which confirms the Princes were seen in the Tower  but little else. The Mayor referred to held office until 28th October 1483.

“During this mayor’s year. The Children of King Edward were seen shooting and playing in the garden of the Tower sundry times.”

“As common fame went, king Richard had, within the Tower, put unto secret death the sons of his brother Edward IV”

Robert Ricart, recorder of Bristol, entered in his clandar under the year which ended 15th September 1483:

“…in this year the two sons of King Edward were put to silence in the Tower of London.”

Really, all you can conclude from this is that rumours started circulating early; there appears to be no reason why Ricart would have had any special access to information.

John Rous was a Warwickshire based chronicler of the Neville family. He hated Richard fiercely, and as a witness is desperately unreliable. However, for what it’s worth, Rous wrote that Richard:

“…received his lord king Edward V blandly, with embraces and kisses and within about three months or a little more he killed them together with his brother.”

Rumours spread abroad.  In January 1484, the Chancellor of France said to his audience, the Estates General:

“If I were determined to rcall special proofs of your loyalty to your prince and the treachery of others, a whole day would not suffice me. It will be enough to cite as an example our neighbours, the English. Look I pray you at the events which have happened in that land since the death of King Edward. Reflect how his children, already big and courageous, have been killed with impunity, and the crown has been transferred to their murder by the favour of the people.”

Two snippets from the accounts

There are a couple of references that might just possibly refer to the princes. One is in March 1485:

“to deliver unto John Godfdesland footman unto the lord Bastard two doublets of silk, one jacket of silk, one gown…”

Now in the wardrobe accounts, Edward is referred to as ‘the lord Edward’; in a warrant to pay Edward V’s servants he is called ‘Edward Bastard’. So the argument is that maybe this item refered to Edward V, that he couldn’t have been dead therefore in March 1485. But it’s been noted that Richard also had a bastard son called John, who was appointed Captain of calais in March 1485.

The second is a reference from July 1484 in the regulation of the king’s Household in the north:

Who were these children? Given the importanace and status they are accorded, it looks as thought they may well be royal children. So, were they the princes? or the Daughters of Elizabeth Woodville and Edward IV? 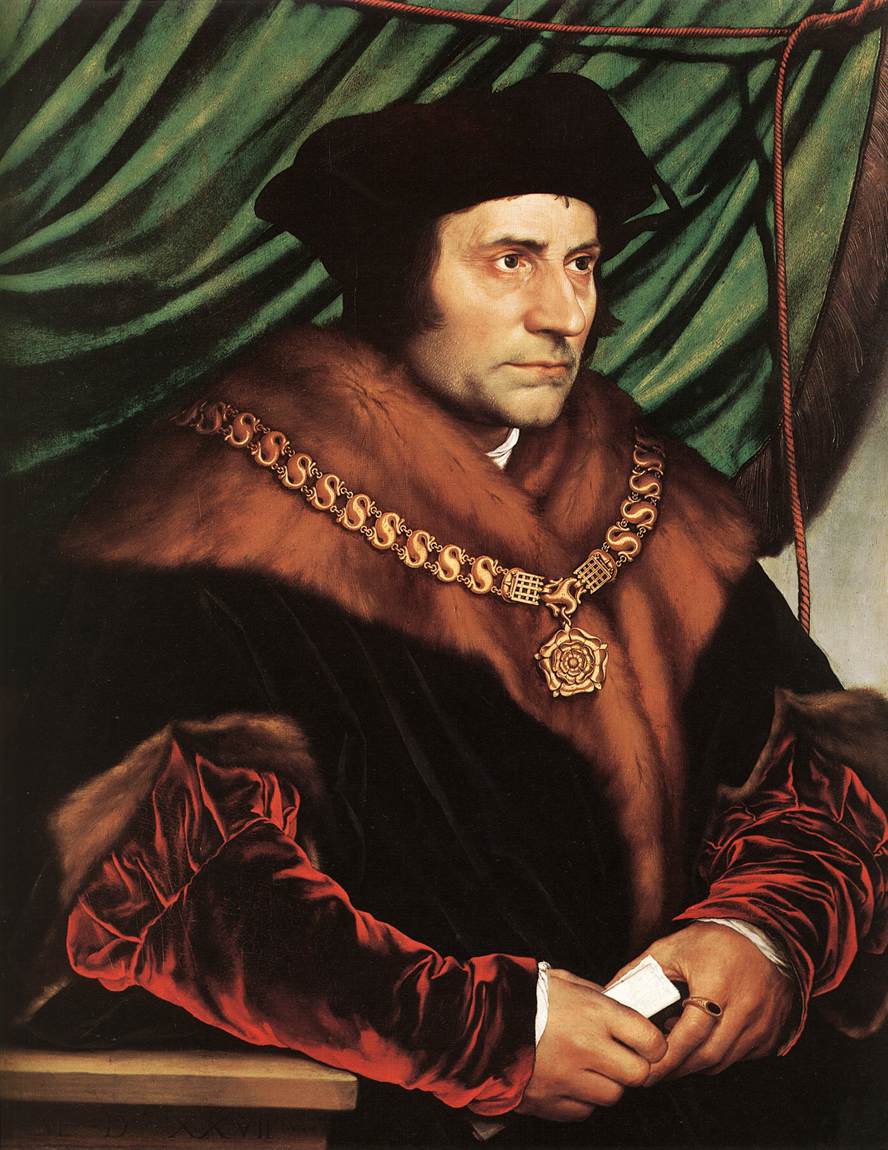 We then get to historians. The most influential is Thomas More, who described the fate of the Princes in the most detail. More’s story is based on the supposed confession of a man called James Tyrell in 1502. More was also closely connected with John Morton, and his story may reflect Morton’s views and opinions too.

James Tyrell had been very close to Richard III; but as it happens, when Henry invaded in 1485 to steal the throne from the rightful king of England, Tyrell was in Guines near Calais, and so not involved; and therefore he was able to reconcile himself with the new usurper, and just to be doubly sure bought himself a couple of pardons. But then later he became embroiled in one of the conspiracies against Henry. Interrogated in London in 1502 he was condemned as a traitor and executed. Here’s no written record of his confession, but it is this on which More bases his record of events.

The story is then that in July 1483, Richard told his constable of the Tower, one Robert Brackenbury, to kill the Princes. Brackenbury was a man of some principle, for he said no, he would never do such a thing. So Richard sent him an order to give all the keys over to his most faithful servant James Tyrell. This Brackenbury does, and reputedly was to end his days at Richard’s side trying to kill Henry on the field of Bosworth. Tyrell then found a chap called Miles Forest, quote, ‘a fellow fleshed in murder’ and John Dightom, quote, ‘a big broad, square strong knave.’  They then wrapped up to two Princes in their bed clothes, and smothered them to death.

The bodies were then buried at the bottom of a stairs being built in the Tower, and then at a later date More heard that they were moved to a more suitable location by a guilty king.

Now, suspicion and distrust surrounds More’s story. People note that we only have More’s word for the confession; they note the fact that it’s a spookily similar tale to the ‘babes in the wood’ folktale. They note More’s situation writing at the time of Henry Tudor, and influenced by his supporters. They note all the other rumours flying around – that they were killed between two feather beds, or poisoned, or drowned like Clarence in a but of wine. They note the lack of any other record of Tyrell’s confession, or any record of John Dighton being arrested.

You can read the original The History of Richard III by the Centre for Thomas More Studies, edited by Gerard B. Wegemer and Travis Curtright – go to page 74

The story of the bones

More’s tale suddenly assumes greater significant because of the events of 1674. Some of Charles II’s workmen; or at least 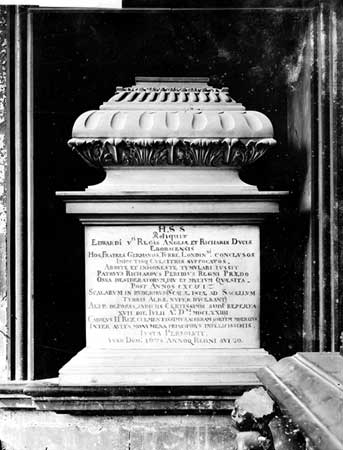 workmen during the time of Charles II dug up a bunch of bones at the bottom of a stair case. Although this seemed to then tie in with More’s version, we should remember that More had also said that the bones were moved.

In 1933, the bodies were looked at again in the scientific method. The study concluded that they were indeed the bones of two children of Edward and Richard’s ages, there was a blood stain on the skull consistent with suffocation, and thus More’s story seemed to be corroborated. But then doubts began to be raised; the sex of the children hadn’t been established for example; and since when did a bloodstain on the skull indicate suffocation? And had he checked it was blood, not just a rusty nail? Oh dear. Sadly, but reasonably, the Abbey of Westminster had now had enough of people messing about with bones buried on consecrated ground and won’t let anyone dig them up again. 4 re-asssessments have been done of the original report; which conclude that they do seem to be the age of the Princes, and the two sets of bones appear to related.

But really, the bones are a red herring – they are not going to prove anything. The terribly good historian Charles Ross actually did think that they did count as evidence when writing in the 1980’s, because we could account for all the people sent into the tower. However, another body of a child was found walled up in one room; the body of an iron age body was found buried; the depth our two children were buried, 10 foot down, is very deep and could relate to much earlier than 1483, maybe all the way back to the conquest. Really, unless modern science can get at them, just put the bones to the back of your mind.

2 thoughts on “The Fate of the Princes – Evidence”