The treaty came after Alfred’s victory at Edington. After the battle, the Viking leader Guthrum was baptised, and became Alfred’s adopted son. This ‘Peace of Wedmore’ is referred to in Asser’s biography but does not survive. The Treaty below does survive, and dates from this time, but a firm dates can’t be established.

The Treaty between King Alfred and Guthrum, 878-890

This is the peace that King Alfred and King Guthrum, and the witan of all the English nation, and all the people that are in East Anglia, have all ordained and with oaths confirmed, for themselves and for their descendants, as well forborn as for unborn, who reck of God’s mercy or of ours. 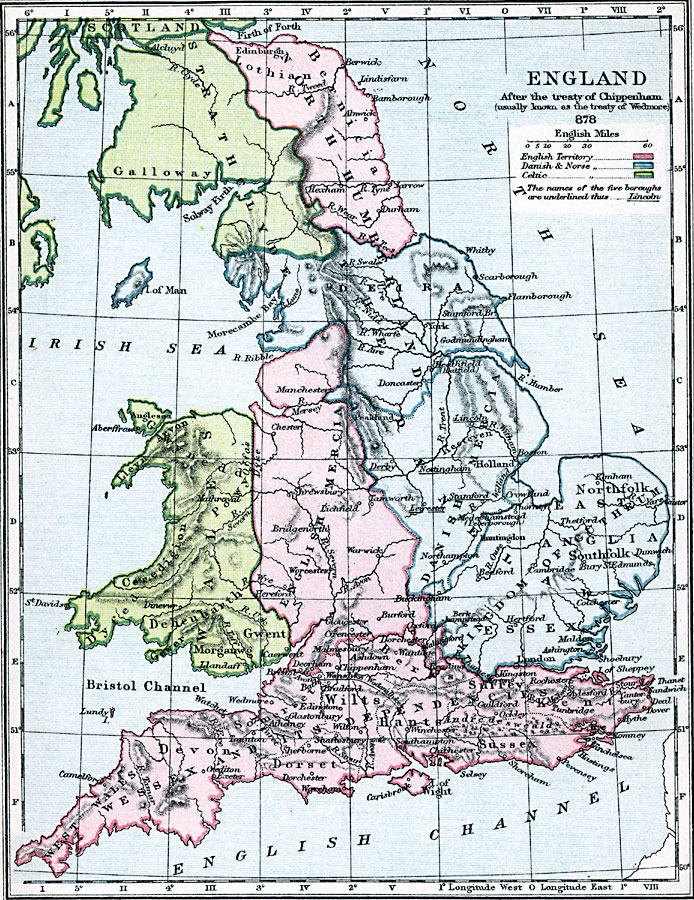