Rufus fell out big time with Anselm, his Archbishop of Canterbury. Unusually for Medieval Man he was impious and irreverent. Meanwhile, the Welsh struggled for independence against Norman tyranny, and make a better fist of it than the English. This week in the History of England Podcast we get to 1100, the end of William Rufus's reign

27 Hateful to his People and Odious

“Yesterday I hated him with great hatred, today I hate him with yet greater hatred and he can be certain that tomorrow and thereafter I shall hate him continually with ever fiercer and more bitter hatred"

Such are the words attributed to Rufus, talking about his Archbishop of Canterbury, Anselm. Thinking he was on his deathbed, William had forced Anselm to take the job, thrusting the ring onto his finger despite Anselm's objections. They say 'Marry at haste, repent at leisure', and the same might apply to choosing Archbishops. Top tip for you all out there choosing Archbishops.

In the end, Anselm fled into exile, and implored his Pope not to send him back to England; he did not return until Rufus was dead. At it's most fundamental, the argument was about the church's desire to have more independence from the state, in accordance with canon law but in stark contravention of English custom. It's the start of a long road.

At the start of the reign, Malcolm Canmore was looking to move his border down from the Tweed to the Tyne (see the map here). Afterall, the inhabitants on Lothian, Cumbria and Northumbria were very much the same kind of people, both ethnically and linguistically. By the end of the reign, Malcolm had been killed by Robert Mowbray, Earl of Northumbria, and Rufus had restored Malcolm's line in the face of a celtic backlash from Donald Bane.

It was Rufus also who definitively brought Cumbria into England. He expelled Dolfin, son of Gospatrick, built a castle at Carlisle, and brought English settlers in to cement the deal. 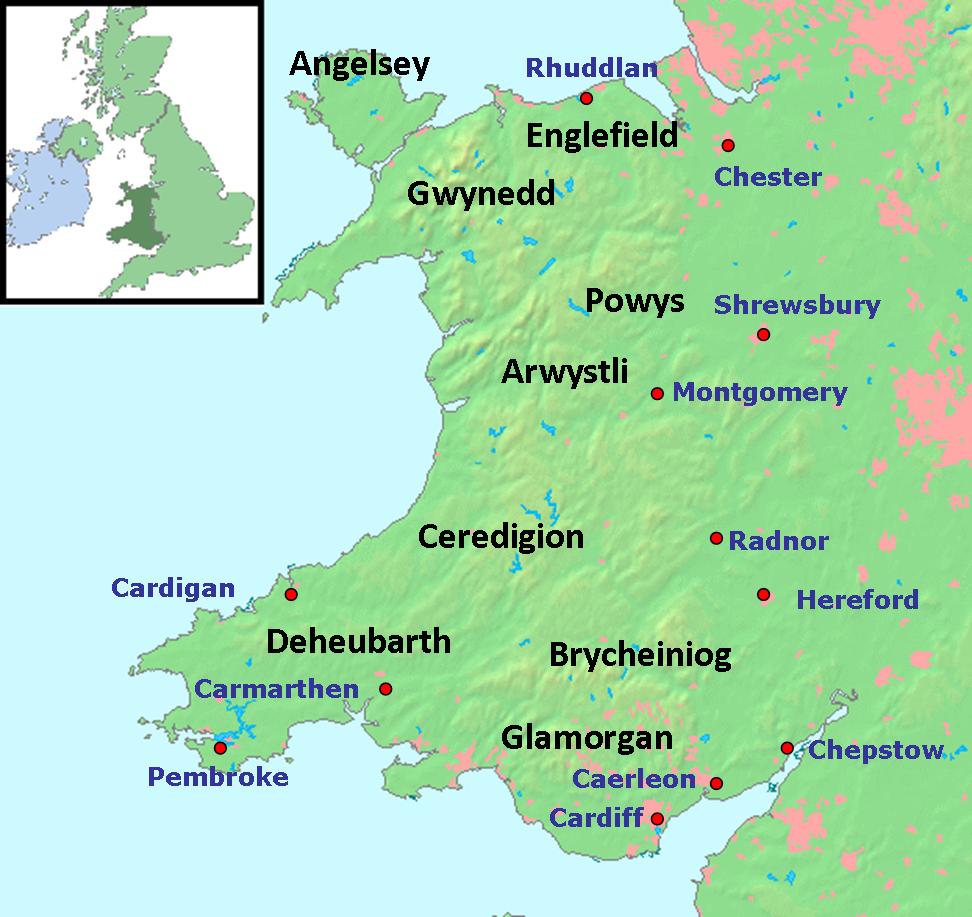 The Welsh borders were different – when you crossed the border the language and people changed. Up to 1094 the Normans looked as though they were going to take over Wales pretty much as they had England. The Welsh didn't help themselves with constant warfare between the Welsh Princedoms, but in the end they were made of sterner stuff than the English.

In 1093, Robert of Rhuddlan lost his head – it ended up stuck on a spike on a Welsh pirate ship. Then in 1094 a chronicler reported:

'In this year the Britons being unable to bear the tyranny and injustice of the French, threw off the rule of the French and they destroyed their castles in Gwynedd and inflicted slaughter upon them'.

Cadwgan ap Bleddyn and Gruffydd ap Cynan led the uprising that freed Credigion, Gwynedd, Powys and parts of Deheubarth. Gwynedd would become the centre of Welsh resistance for the next 200 years.

The revolt of 1094-1099 was the first serious setback for the Normans. Marcher lords such as Hugh of Chester and Phillip de Briouze viewed the Welsh kingdoms with predatory eyes, with conflict never far away.

The Death of Rufus

Famously, William Rufus died in the New Forest just like his older brother Richard. His companion Walter Tirel aimed at a stag and hit a king. William broke the shaft, but toppled forward and in so doing thrust the arrow deep into his lung. Brother Henry took one look, and legged it at full speed to Winchester, to claim the treasury and the Crown before Robert Curthose could return. walter had run for the continent. So it was left to a bloke called Purkis to load the King's body onto a cart and take it to Winchester for burial. Conspiracy theories abound – was this a plot by Henry to kill William and claim the throne ? I think not – I prefer the cock up theory of history by and large.