In 1483, the gates of the Tower of London closed on two innocent and defenceless boys; one, Edward, 12, captured and the other Richard, 10, given up by his mother. As far as we know, neither of were seen outside the walls again. The London Chronicles accused Richard III of shedding ‘Blood of Innocents’.

This week’s episode talks about what we do know and what we don’t, and presents the pros and cons of 4 possible answers. And then, see the results below of the debate and poll we had on who was responsible!

193 The Blood of Innocents

There were four options, as below…and sadly it appears that although the History of England Podcast listeners are firm friends of Richard, we also think he had the boys killed. And it wasn’t terribly close either, as you can see from the chart. Much regret was expressed by many for choosing option A. Interesting debate though all round – especially if it was really so unbelievable that both could have died from natural causes. Maybe they did. And also maybe it was Livia…which made me laugh. It was fun – thanks to everyone who took part. 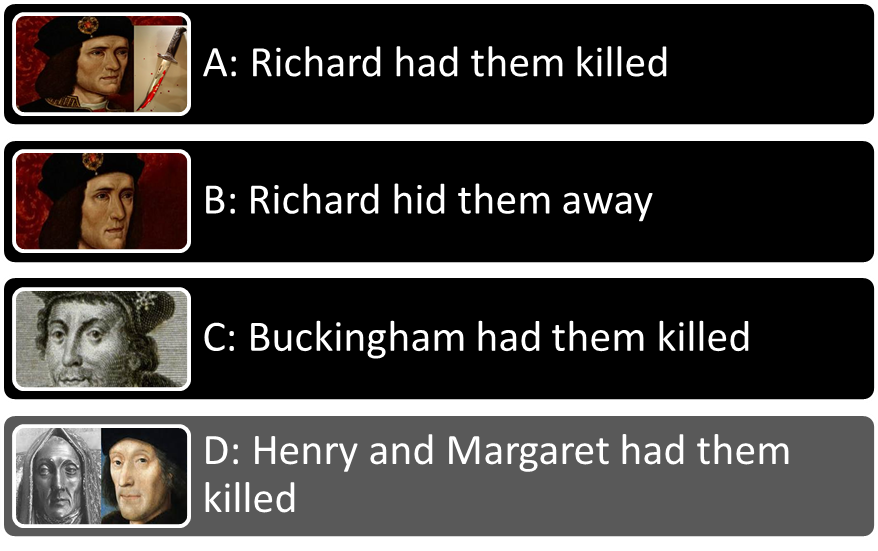