Skip to content
You are here
Home > Resource > The Burghal Hidage
Follow the link For this week’s episode on Alfred, ‘Unshakable Pillar of the Western People’ 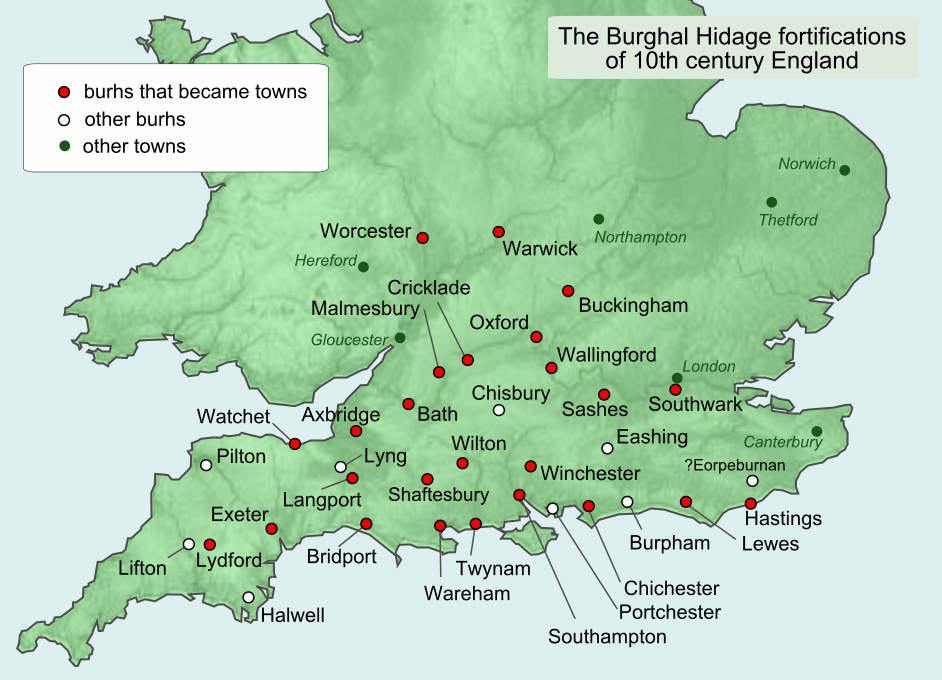 The Burghal Hidage is a document believed to have been created between 911 and 914 (though other interpretations are available); and reflects the system put in place by Alfred in the late 9th century to prepare for renewed Viking attacks – which duly came in 892. The challenge was to combat the vikings’ tactics which had worked so well since the Great Heathen Army arrived in 866; great flexibility and speed, which allowed them to strike and retire before an army could be put into the field against them.

The challenge was to combat the vikings’ tactics which had worked so well since the Great Heathen Army arrived in 866; great flexibility and speed, which allowed them to strike and retire before an army could be put into the field against them.  Part of the reforms Alfred put in place were to split the fyrd; allowing him to maintain and army in the field for much longer before the coerls had to return to their fields.

But this alone was not enough; Alfred needed to slow the vikings down, and provide safety for his subjects; and the answer he came up with was the Burghs. The idea was to provide the safe haven of a fortress for all within a day’s ride – about 20 miles. To provide this, new burghs were to be built or maintained.

The Burghal Hidage lists 33 of these burghs. They are written in an order which looks as though they’d been written down during a journey to review the towns, and missing key towns which suggests the document was a working note and not complete.

Some of these burghs were in towns already in existence; others were new. Oxford for example was transformed from a small place noted as a river crossing for Oxen, to a burgh, and from there was to develop into a major town. Winchester probably already held a royal palace, roman walls and minster; the new Burgh retained this, but obliterated the centre to create a new grid pattern of roads. There is a note on one of the remaining copies which reads:

As it happens, a pole is equivalent to about 5 metres. This means that in theory you can calculate the length of the wall – and work at Bath suggests this calculation does indeed work.

The differing sizes of the various burghs suggest different uses; Pilton for example was very probably meant to refer to the old Iron Age hill fort, and Lyng also was simply for use as a campaigning fort. But one of the great differences suggested by the document is that of a structured and permanent system; a process by which resources were identified to support a military infrastructure. 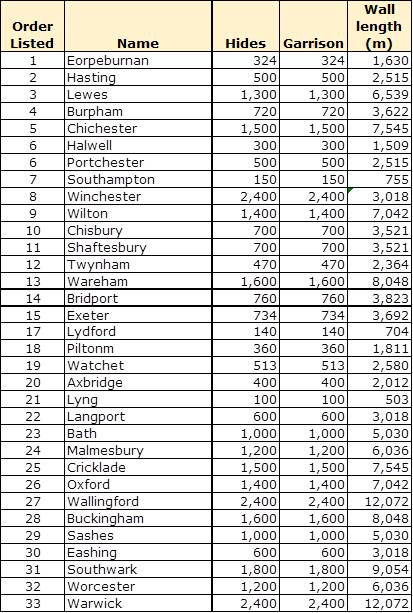 One thought on “The Burghal Hidage”